This report will be quickly done with as the Southeast has been blowing nearly consistently. But right on the 1st conditions were okay so I went for a little birthday fishing in quest of a GT. To no success once more though as except for two splashes that could have been the object of desire but were not to be identified nothing happened on my end. Failure was not due a lack of competence onboard though as Sandro had tagged along and visibly enjoyed to just fish instead of having to look after boat and guests. So he popped hard all day and late was rewarded by this feasty Jobfish to spare us from blanking.

On the 6th thus their date of travelling home our Welsh friends Sam and Tom already familiar from the last report wanted to end their stay on a high. So as their shore fishing had not worked out as planned we headed out on Frenzy once more for a half day jigging on the plateau. Had to try a few spots until Sandro found the right one that produced some decent catches.

A week later the annual Sailfish Tournament took place out of Mahe. In really strong wind 7 boats went but only one managed to get the target fish. Actually they released three to win this competition by miles. Rumours are that while the boats trolling killed themselves to no success these chaps just sat in the calm of Beau Vallon bay dropping baits with kites. A few days later I got an email from Val with pics of some more nice shore catches. He did well on Mahe already as you might remember and repeated that inpressively from the little rocky island in sight of my veranda that I had recommended to him. Actually had seen someone fishing there pretty much throughout along those days but never catching anything and I was not aware it had been him. Really cool that his persistence paid off. Even more so as a few attempts on fly had not even produced me a knock. 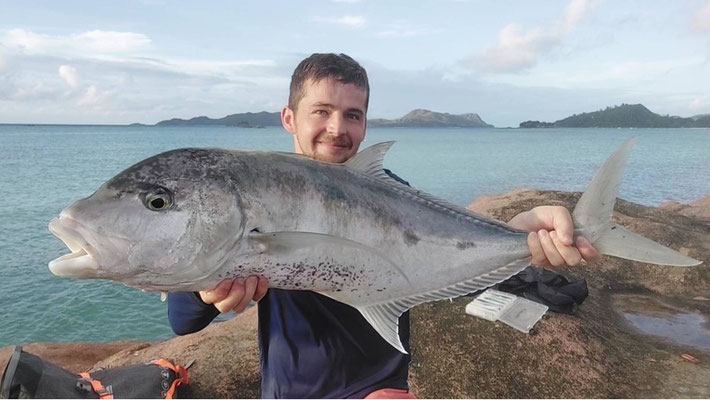 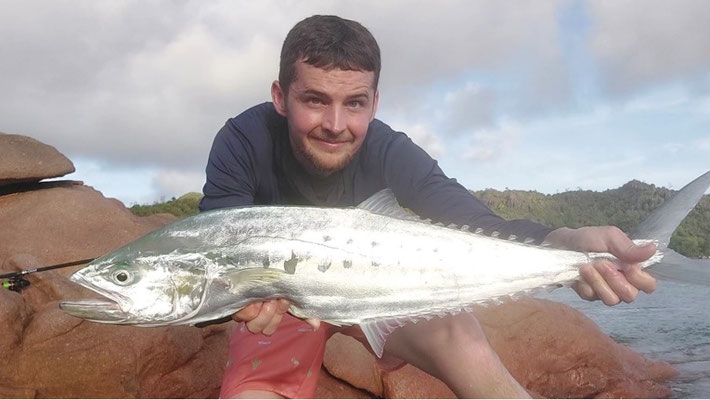 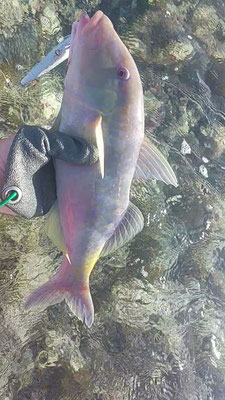 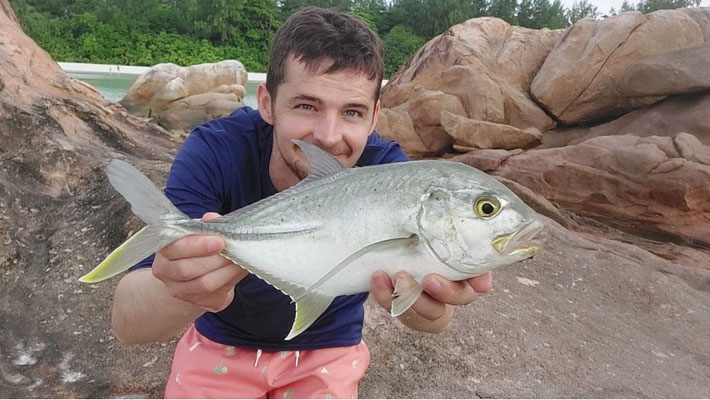 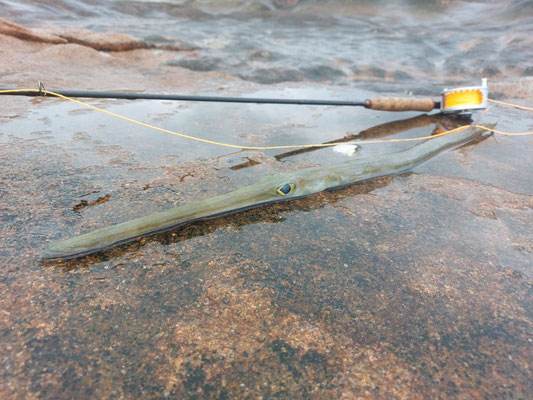 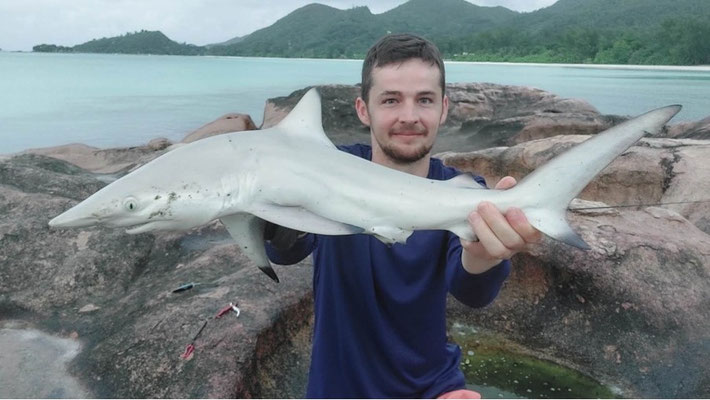 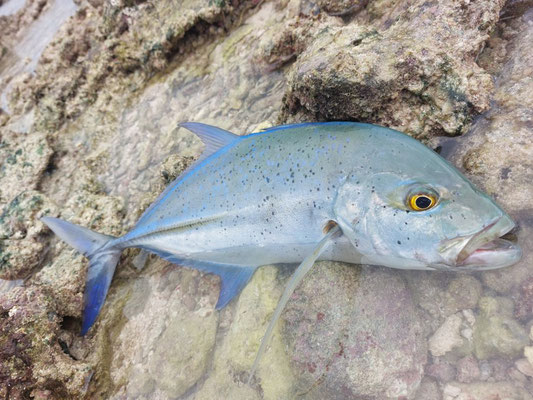 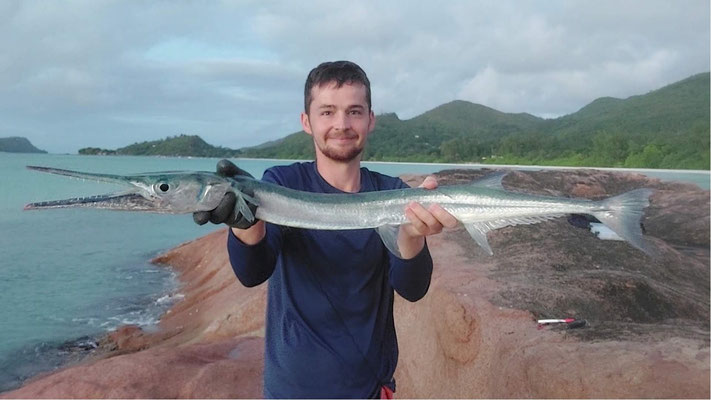 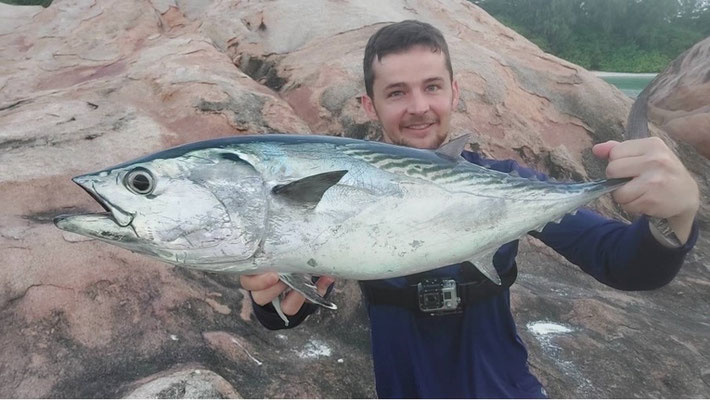 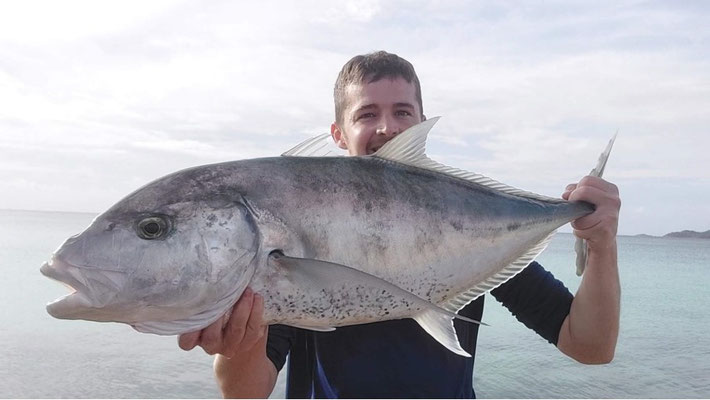 For Friday the 17th a hole in the wind had been predicted and the rare opportunity of just 12 knots lured my out to at last catch a GT again despite all factors were against it: a day after full moon, very green water, on top actually no wind at all and no current until the low tide early afternoon. In short all was crap. Subsequently 7 tough hours of casting produced no action at all and apart from a small, lethargic Shark nothing even just showed. No idea what the problem with the topwater fishing is for months now. Before this becomes a full grown trauma I will turn my back on this and Seychelles for a while. Hopping on a plane tomorrow which explains why this report comes early. If I will be luckier elsewhere and what will happen here meanwhile you will learn from the July edition.