I find it very tough to write this report amidst the grueling events of these days and had seriously considered to for the very first time skip it. I have contacts and friends from and also in Ukraine who now have to fear for their lives. Next to that it all happens in Europe not too far from my homeland and the worrying question lingers after this step of madness how close we all might be from an even more devastatating and geographically extended one. On top comes my extreme frustration that we human beings despite being blessed with the highest intelligence of all life forms still have not understood that violence never made anything better. So I kindly ask your forbearance that I keep this report very short. Not too much to tell on the fishing side anyways as along the last month two massive cyclones off Mauritius and Madagascar caused unfishable conditions here for most of the time.

Only after each of these two monsters had moved off south there were a few days suitable to fish along which some trolling boats ventured out to rather unspectacular results. Of course the usual suspects like this Wahoo by Brandon on Island Rhythm were caught but no news of Sailfish and also for this season very little about Marlin. Only the boat Fidelity from la Digue had one.

Apart from that Sandro on Frenzy had a group for a few days of Drop off jigging. Right on the first of those they got one GT which are rather scarce out there.

Also this fat Doggie is a splendid catch.

And of course some more decent fish surfaced along these trips. Just click through the album. 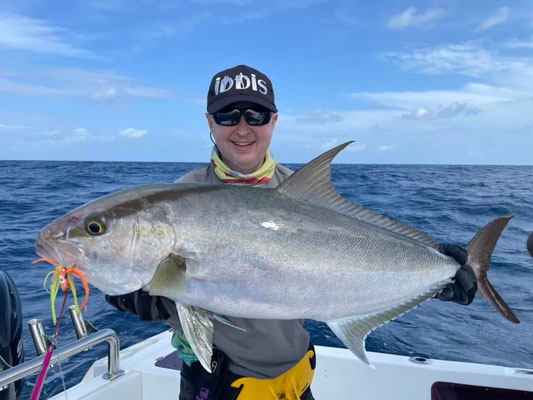 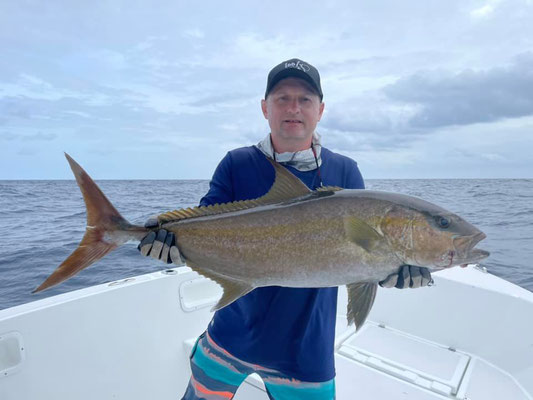 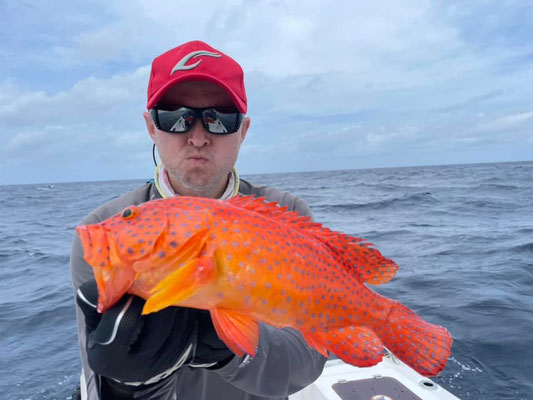 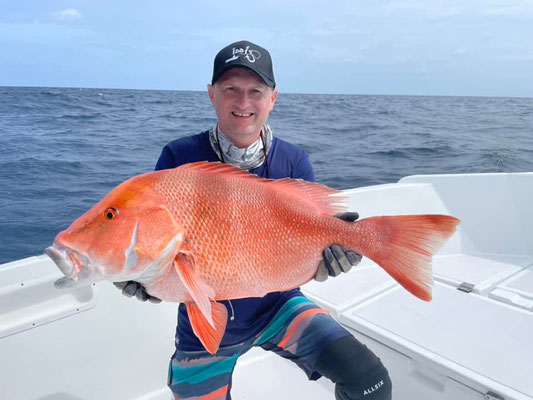 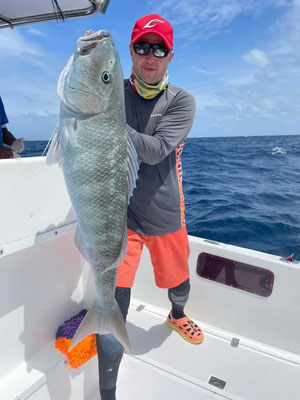 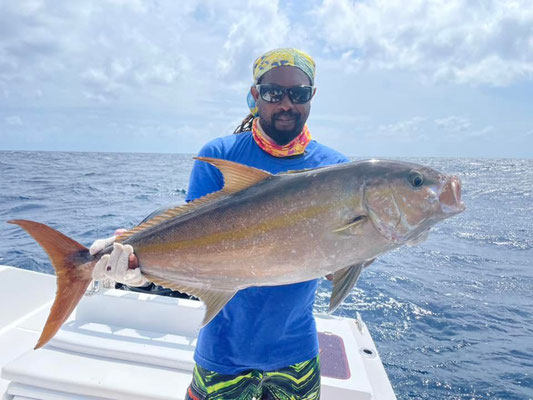 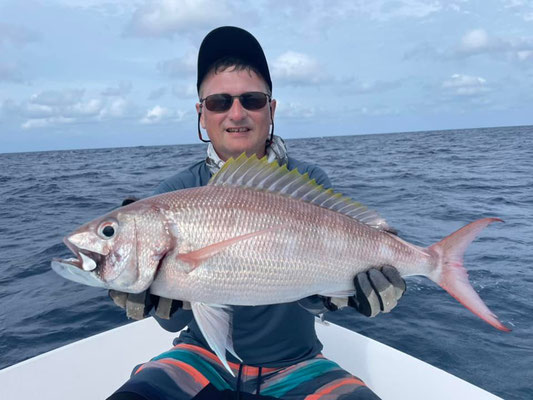 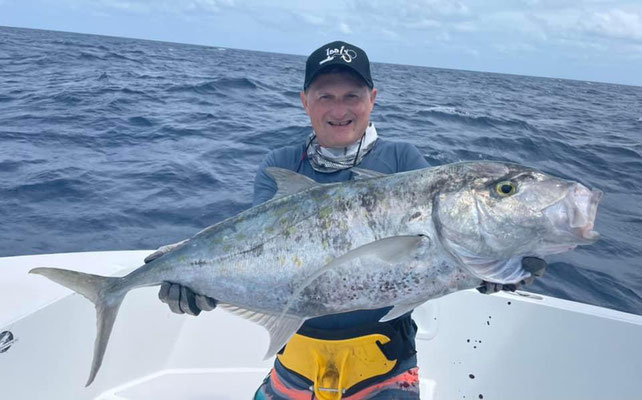 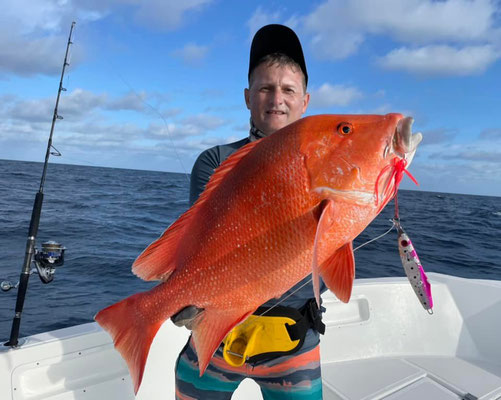 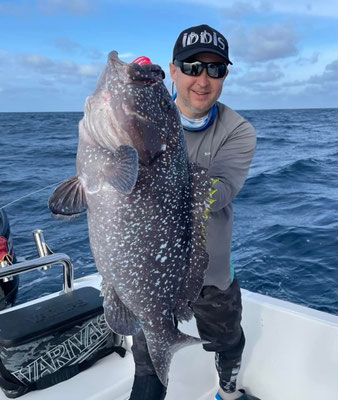 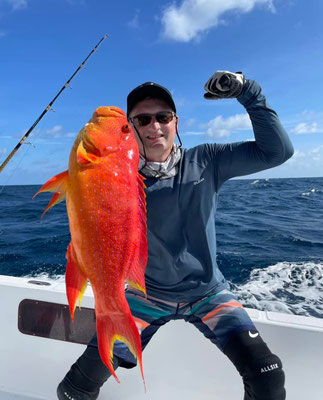 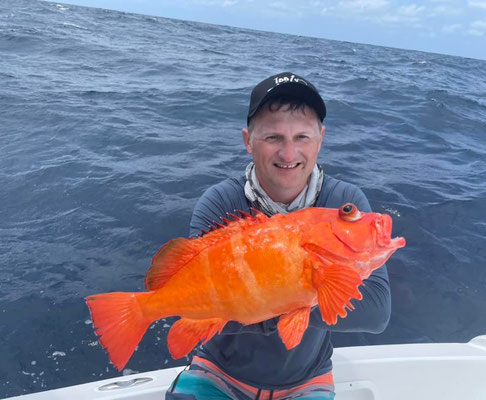 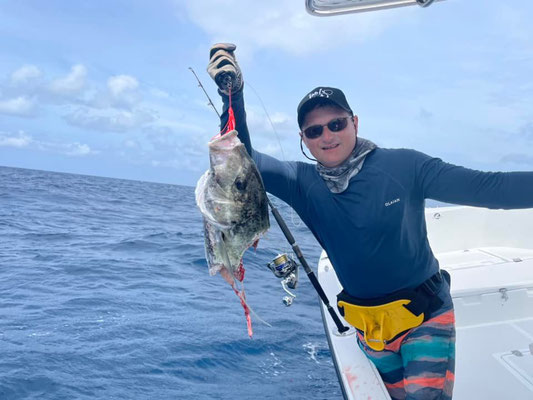 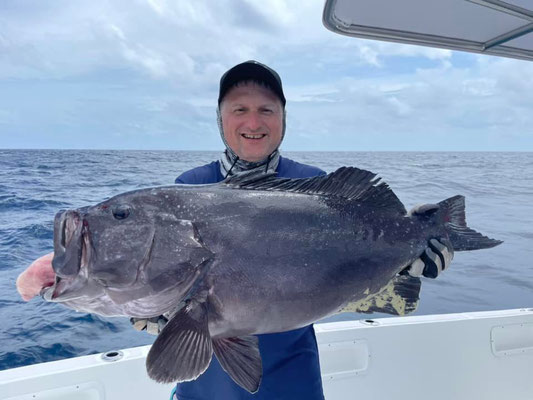 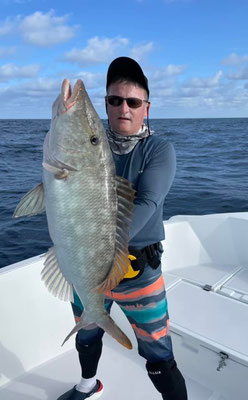 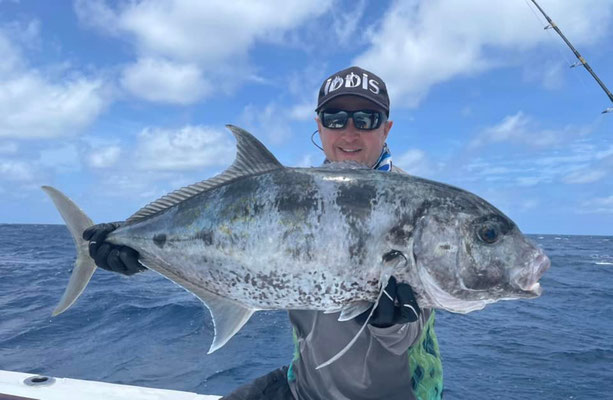 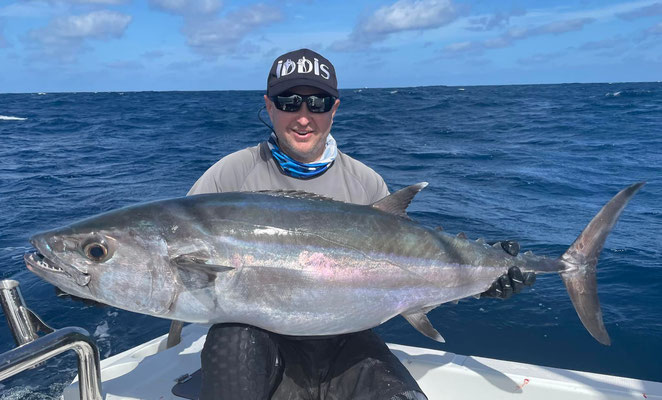 GT popping meanwhile took place only once for a half day. Along that Stephan from Germany as usually fishing with Sandro got this very presentable specimen.

As they could add to that with this somewhat smaller one it was an afternoon well spent.

More I don´t have to say this time.