All hopes for a promising start into 2021 here went down the drain: just before New Year`s the virus broke out of the `tourist bubble´ and since continues to spread into the local community despite an immediate lockdown that was successively tightened and prolonged to the point of nightly curfews. The absolute numbers seem small but in relation the the also small population the situation is similar to Europe or most other troubled places. At least we are still permitted to take walks and taking a fly rod along causes no trouble. But the only spot offering reasonable conditions at this time of the year unfortunately produces nothing noteworthy this season. On top the northwest blew steadily at 15 to 22 knots all along the first two weeks of the month. So even if the small boat would have been operative I could not have gone out. Only for the 17th the forecast predicted that wind to drop along the day. My boat mechanic must have felt further delays might put him into danger so the evening before he called to tell he had found a used starter motor somewhere and installed it. So the next morning I loaded gear and fuel cans into the car, drove to the current mooring place in Baie St. Anne, hauled the pile through the mud to the boat and headed out. Not far though as the wind was still blowing considerably and due to some caution regarding the boat`s long idleness which usually creates disfunction of some kind. Sort of nice the harbour rocks already produced a GT within the first few casts. Just the size was rather pitiful.

Eventually I found myself quite happy to have caught that tiny bugger as neither before nor after noon popping there and at another place anything at all happened any more. A bit of light jigging in the La Digue Channel was also tricky as the northwesterly wind exactly offset the current. Drifted some 50 meters in an hour so had to search for small aggregations of fish on engine and convert the few rather lackluster hits to the best of skill. Roughly three hours spent on this eventually prodcued some 20 rather unspectacular catches with mainly Green Jobfish but also Bluefin and Bigeye Trevallies among them so it was not too bad. The next two days the wind was all gone and the sea flat as a mirror. On top the very low afternoon tide would have prohibited motoring in to my mooring place so I rather stayed on shore. Actually for the rest of the month as the forecast predicted fronts of strong rains and occasional thunderstorms all along. A few days actually turned out reasonably allright in the aftermath but I found it too risky to gamble against the forecasts. As expected the charter guys also had very little to contribute. How could they with just 747 tourists visiting Seychelles along the first three weeks of the year? That is minus 98% compared to the previous year btw. Only Brandon on UnReel had a handful of trolling trips with a guest who is on Praslin for two months already. Fishing was productive for them though with the usual tally of smaller gamefish and lots of school size Yellowfin Tuna among those. A Sailfish was caught and released while another got away and along a trip to the Drop Off they also jigged a bit. Brandon sent a number of pics so here is a little album. 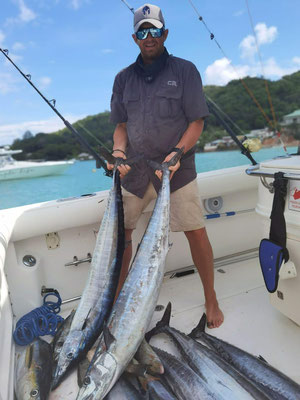 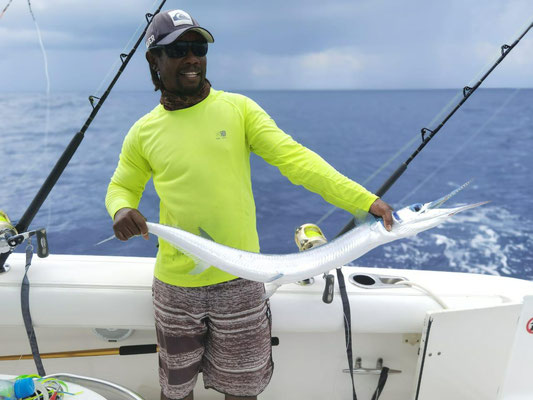 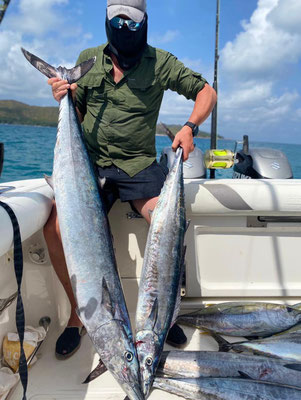 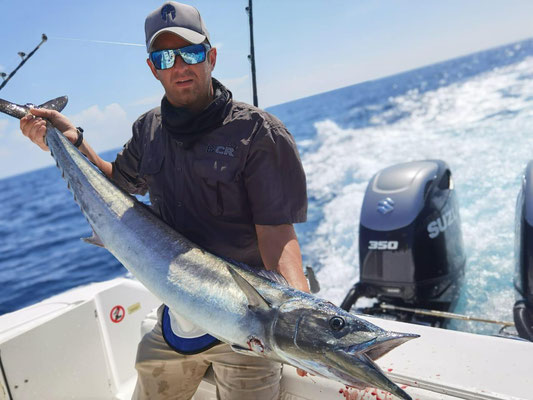 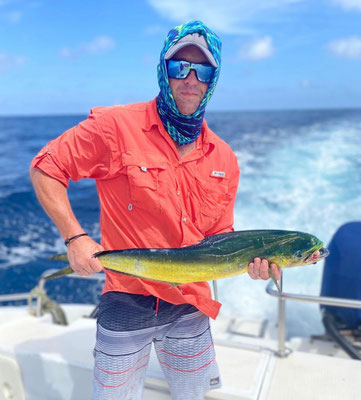 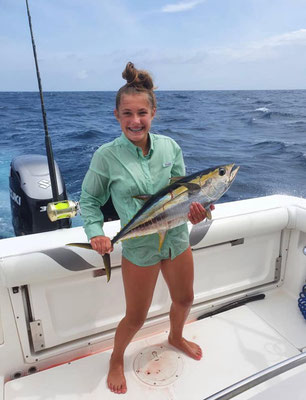 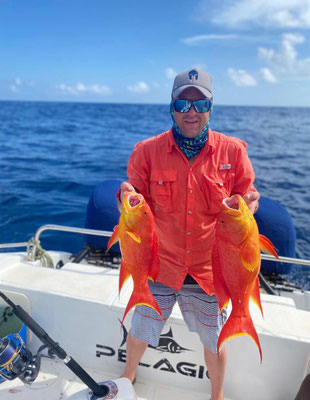 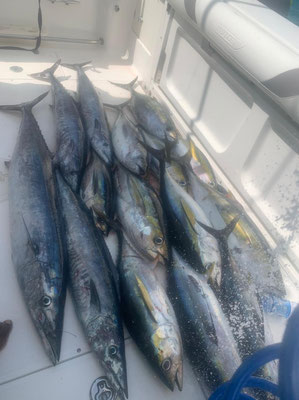 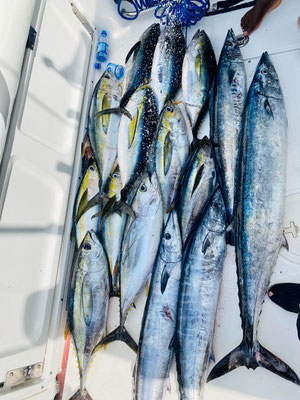 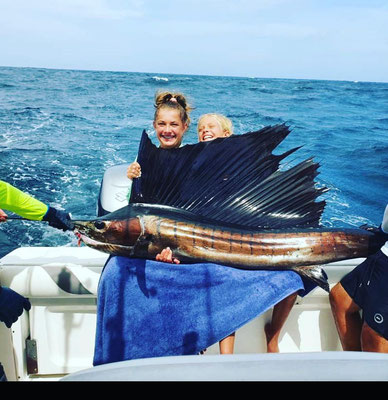 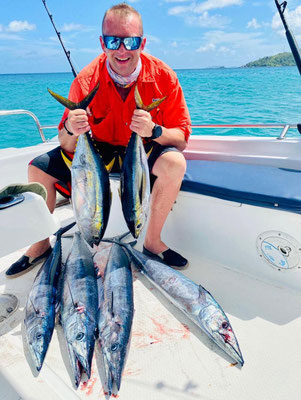 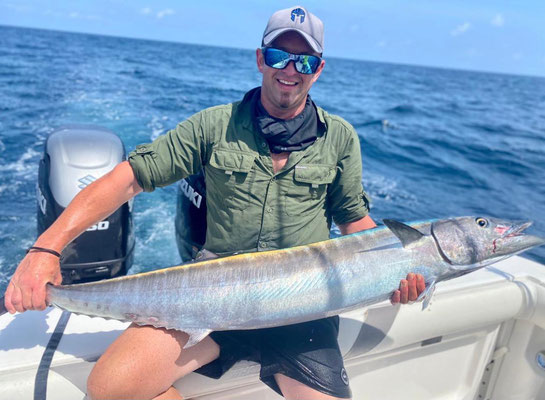 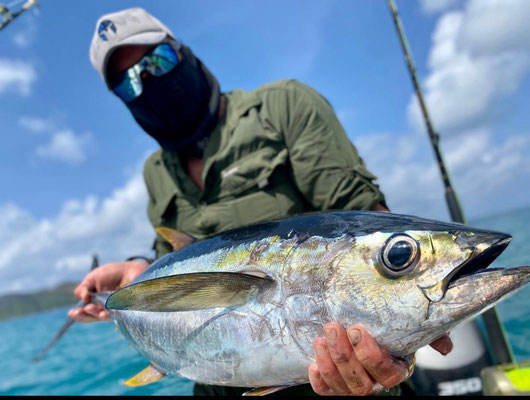 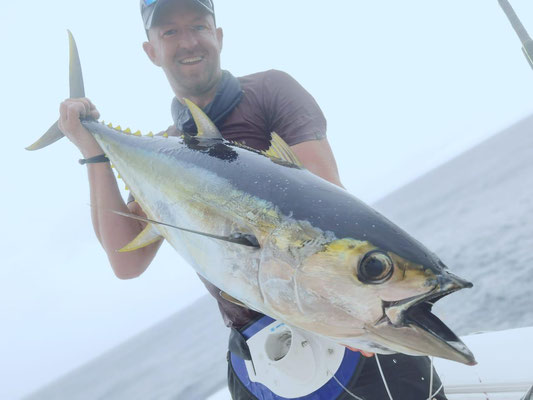 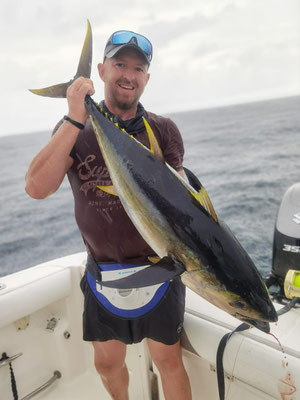 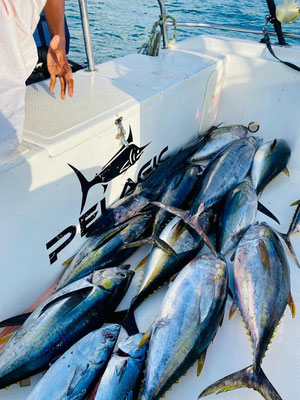 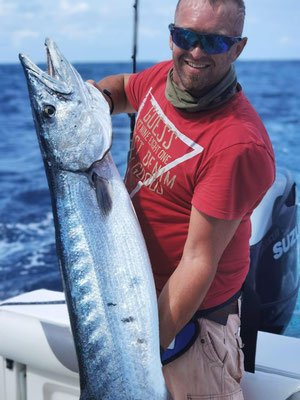 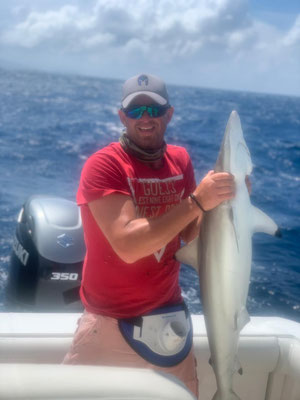 That Shark btw ate a trolled Rapala. Also no news at all from Mahe for weeks and I had started to wonder what might be wrong with the 9G Sportfishing Team. But on the 23rd they reported on their first trip of the year: Black Marlin, Sailfish and a big Doggie released, on top numerous Yellowfin Tuna plus Wahoo caught. Could not really have gone much better.

Those Marlin must be enjoying a happy life here this season with about no-one going after them. But surely they are around in good numbers as also the private angler from Mahe reported the release of this nice Blue a couple of days later.

Last but not least there was Victor who enjoyed a perfect day popping and jigging on his own boat just a few miles off Mahe. First class fishing.

That`s all from here for this month. If the coming one will be much more lively I honestly doubt. Local authorities are a lot more optimistic though. Right after the vaccination campaign started here they announced to expect that by end of March anyone from anywhere vaccinated or not can enter Seychelles again without quarantine as by then 70% of the population shall be immunized and thus herd immunity achieved. Let`s wait and see if that works out.